Directed by Marc Menet and Scott Prestin John Wayne Gacy: Defending a Monster is the story of Sam Amirante, the lawyer who defended one of the most evil serial killers in American history. The documentary features original interviews of all the key players in Gacy's trial and investigation filmed in the real locations. Narrated by Jim Belushi. USA, Documentary, 90 Min.
Buy Tickets 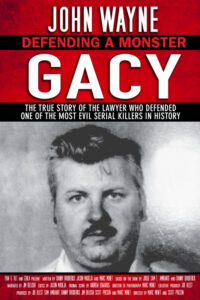