Film is sponsored by Czech & Slovak Club Of Kansas City and Embassy Of The Slovak Republic In Washington DC.  The Oath is the story of Michael Strank, a US Marine Corps sergeant who was born in Slovakia, moving to the U.S. as a 3 year old child. Michael Strank, whose father was a coal miner for Bethlehem Steel, grew up in the Johnstown area. After working for the Civilian Conservation Corps, Sgt. Strank was the leader of the detail that raised the American flag on Mt. Siribachi on Iwo Jima, an event forever immortalized in Joe Rosenthal’s photograph. 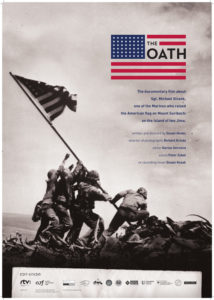