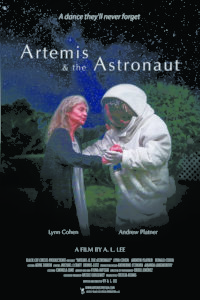 Presented in Union Station Shorts.  Directed by A. L. Lee, Artemis and Henri have spent a lifetime together. Loved one another deeply and imperfectly. Four weeks ago Henri died and so much was left unsaid as Henri's mind ebbed away. And then Artemis hears Henri crying in the next room. Will Artemis get a chance to be with Henri one last time? Filmmaker in attendance.
Buy Tickets