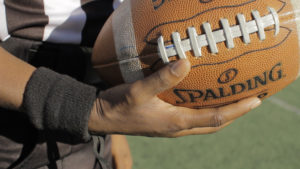 Presented in Documentary Shorts 2, Directed by Shantel Hansen, Her Turf an award-winning short documentary film follows three female football officials as they claim access to a powerful role in a male-dominated industry. Capturing behind the scene moments in the locker room and during the offseason, which ultimately brings an episodic storytelling opportunity for the first time.
Buy Tickets