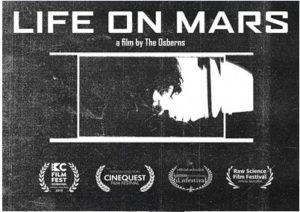 Presented in the Best Of KC Film Fest Shorts. Directed by Jeremy Osbern, After the death of his father, a young boy sets his sights on Mars. This film was 14 months in the making and was created by the husband and wife filmmaking team Misti Boland and Jeremy Osbern, alongside their (at the time) 4-year-old son. They initially filmed the whole project as a live-action short, then the edited piece was digitally manipulated shot to shot, and then lastly, each individual frame was Xeroxed (over 2000 pieces of paper), re-photographed and re-assembled to create this final product. Filmmakers in attendance.
Buy Tickets