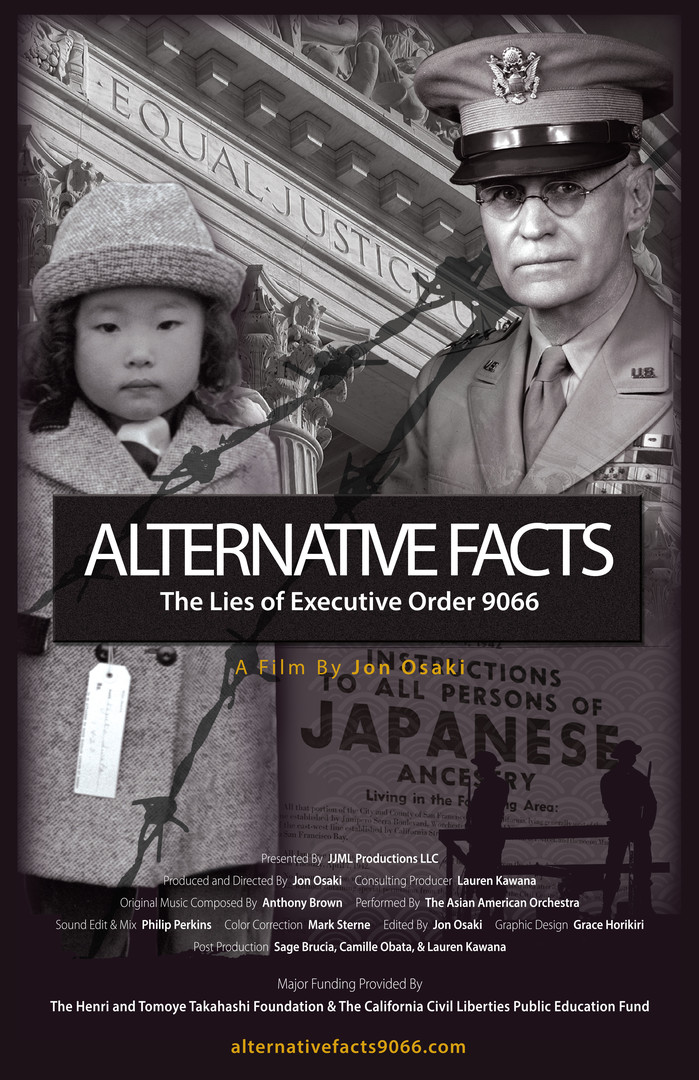 Alternative Facts: The Lies of Executive Order 9066 is a documentary feature film about the false information and political influences which led to the World War II incarceration of Japanese Americans. Alternative Facts sheds light on the people and politics that influenced the signing of the infamous Executive Order 9066 which authorized the mass incarceration of nearly 120,000 Japanese Americans. The film will expose the lies used to justify the decision and the cover-up that went all the way to the United States Supreme Court. Alternative Facts will also examine the parallels to the current climate of fear, targeting of immigrant and religious communities, and similar attempts to abuse the powers of the government.